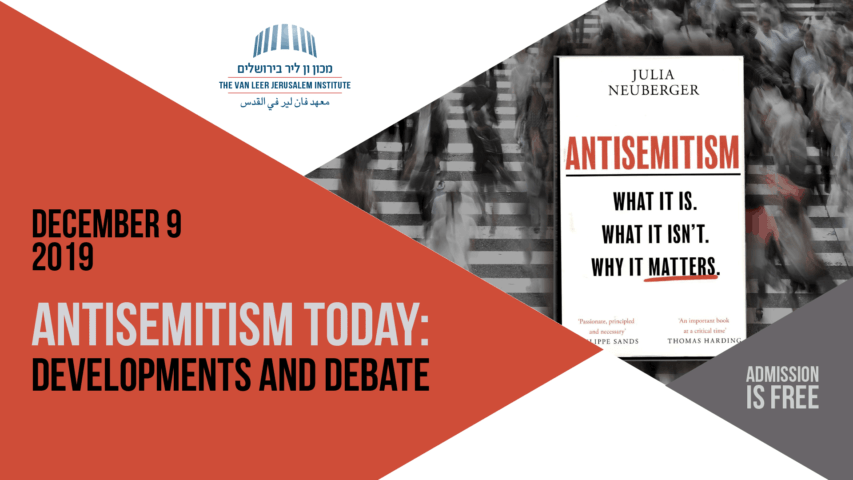 Public event to celebrate the publication of
Rabbi Baroness Julia Neuberger’s recent book
Antisemitism: What It Is. What It Isn't. Why it Matters.
(Weidenfeld & Nicolson, 2019)

In recent years, the issue of antisemitism has undeniably returned to center stage in Jewish and world politics. Every measure shows a rise in antisemitic hate crimes and in increasingly antisemitic discourse in Europe, the United States, and other parts of the world. But what is the nature and roots of this antisemitism? What is the distinction between antisemitism coming from the political right and the political left? Is anti-Zionism necessarily antisemitism? Is the current struggle against antisemitism in Europe and Israel occasionally driven by ulterior motives? Is contemporary antisemitism similar to, or different from, Islamophobia and other forms of racism that are spreading throughout the Western world?

These questions are dividing the Jewish world as well as the non-Jewish world and are becoming decisive both in the relations between Jews and their surroundings and seem today inseparable from the Israeli-Palestinian conflict.