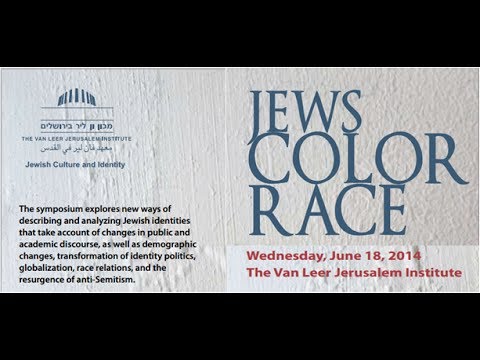 SYMPOSIUM JEWS COLOR RACE
Wednesday, June 18, 2014
describing and analyzing Jewish identities that take into account changes in public and academic discourses, as well as demographic changes, transformations of identity politics, globalization, and race relations; and the resurgence of anti-Semitism.
The symposium will focus on issues related to Jewish identities in academic and social discourses around the world and will examine the impact of the racialization of discourses about the Jews, which have always been complex and must be understood in their historical and ideological contexts. Recent developments in genetics have renewed biological definitions of Jewish identity, and yet the debate is still locked into black/white binaries. How Jews are perceived and how Jews perceive other ethnic groups will be examined in order to better understand the impact of prejudiced perceptions on representations in popular culture and academic discourse. Among the topics to be discussed will be whiteness, racism and anti-Semitism, stereotyping, relations between Jews and other Others (Blacks, Muslims, Arabs), globalization, postcolonialism, the Jewish body, Black Jews / Jews as Blacks, European diversity and adversity, and multiple or conflicted identities that cross boundaries of gender, color, sexuality, and religion.