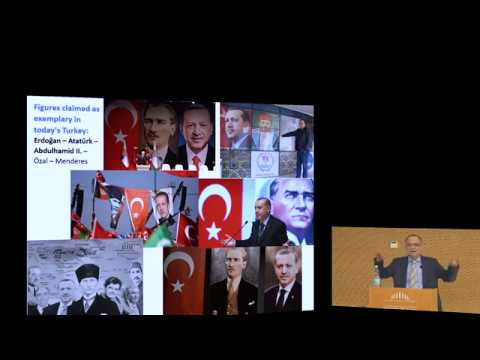 Talaat Pasha: Father of Modern Turkey, Architect of Genocide (Princeton University Press 2018) is the first English-language biography of the Ottoman Empire’s last seminal potentate. Pioneers of single-party rule and right-wing revolution in greater Europe, Talaat and his comrades in the central committee of the party Union and Progress masterminded radically nationalist policies including domestic genocide of the Armenians. From 1913, they set the stage for the coming age of extremes and the Europe of the dictators. Though losing the imperial world war, Talaat prepared not only the way for Kemal Atatürk, his political heir, and the founding of the republic in 1923, but also left his imprint on Germany, Ottoman Turkey’s World War I ally. From Talaat's role in the Young Turk Revolution of 1908 to his exile from Turkey and assassination in Berlin—a sensation in Weimar Germany—the biography restores the late Ottoman drama to the heart of world events. It brings Istanbul vividly to life as a thriving diplomatic hub, and reveals how Talaat's political style and actions would reverberate in Turkey and other post-Ottoman states until today.