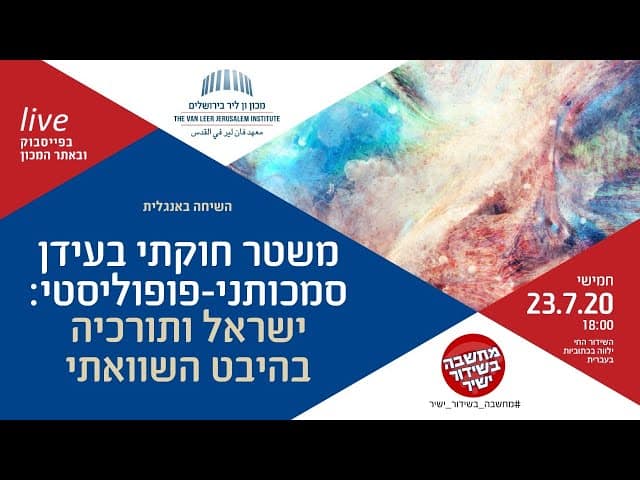 Constitutionalism in an Authoritarian-Populist Era: A Comparative View of Israel and Turkey

In the second half of the 20th century, the formation of constitutional regimes was seen as the best way to move from autocratic regimes to democratic ones and to ensure the stable and secure existence of democratic countries. In recent years, however, we have seen deterioration and weakening of the democratic mechanisms in many countries and the movement of those countries toward authoritarian-populist regimes. What lies behind these processes? Is it a fundamental failure of constitutionalism, or is it caused by other mistakes made over the years? And that leads to another question: How can liberal democratic countries be prevented from becoming autocratic states, and to what degree is it possible to stop the deterioration that has already begun? We will discuss these questions and others from research perspectives, with a focus on Turkey and Israel and how the constitutional regimes in these countries function in an authoritarian-populist era.