Opinion: If nature could speak

Tu B’Shevat seeks to focus our attention on the world's voiceless, absent presence, namely nature. Ido Wolf wishes to draw our attention to that which is flourishing around us, on the backdrop of the threatening climate crisis.

If nature could speak, what would it be telling us? It is hard for us to imagine. First, it requires that we take a moment to personify nature, to subject it to human language, and then to charge it with messages that we, as humans, think need to be articulated. Secondly, if it could speak, it would surely bemoan the climate crisis or complain about the long tradition of agriculture. In any case, whatever it said would surely be hard for us to hear. So maybe it would be better for it to just stay silent? Why should we arouse a sleeping dragon?

Giving voice to disempowered communities is something that communal entities have always contended with, from time immemorial. Democracies are based on such values as part of majority-minority relations. The desire to give voice even to nature in all its forms may be perceived as ambitious but is not necessarily subversive. Freedom of expression, claim many environmental activists, is a right that we must give even to nature. In a sense, environmental activists are themselves agents operating as spokespeople on the basis of that moral imperative. They repent for a human sin and try to contend with nature's silence through demonstrations, pressure on decision-makers, research publications, and other ways. Sometimes it works and sometimes it does not.

In the Anthropocene, characterized by the massive impact of humans, one can only reverberate the profound pain of nature in light of the climate crisis. Indeed the unprecedented magnitude of the phenomenon boggles the mind, because it is something human beings cannot comprehend: even though the climate crisis is incontrovertibly present in our lives, backed by undeniable evidence, it still has given rise to deniers, but that is another issue. What about those who do believe and accept? Again, it seems that the magnitude of the issue creates a cognitive challenge even for many environmental activists; it is a magnitude that often leads to resignation. I believe the greatest concern is the infiltration and perpetuation of despair into the environmental discourse. We must realize: despair anesthetizes. Arik Einstein described it in his song “deep dark:” “There are no waves in the pond / neither man nor beast / and suddenly I am not there either / suddenly everything is deep dark / now I can no longer see / now I cannot see.”

Despair can neutralize the willingness and motivation to take corrective action, and it can cause blindness and indifference. The Glasgow conference ended with such hopelessness, when Greta Thunberg, one of the most influential figures in the Anthropocene, in a fiery speech in front of thousands, pointed a blaming finger at the adult world that failed. It is undoubtedly important criticism. But we must wonder whether it is the correct tactic. Shaking the foundations certainly generates some internal movement, but sometimes that movement can be debilitating and inadvertently neutralize the will to act. It is noteworthy that this type of criticism is not necessarily new in this realm: there is a trend among environmental researchers and activists who are trying, even after a series of multiple failures in the human response to the climate crisis, to make an effort to provide some spark of hope by laying out pragmatic modes of action.

So it goes: sometimes it is enough for a single, piercing ray of light to penetrate the forest canopy of despair, for one seed to grow into a tree. I don't see this as a naïve approach but as a practical one, which attempts to hold on to what is possible, even though the ship appears to be sinking. Yes, the Anthropocene might also be an era of dreamers. Taking responsibility in the battle against despair is one of the most difficult human tasks. We frequently lose battles but that does not mean that we should stop.

Tu B’Shevat, in its way, sanctifies this time for us precisely so that we persist, imploring us to turn our gaze to that which is flourishing, not necessarily to that which is wilting. This cautious optimism may be easy prey for cynics, but to me it is no less meaningful than the inconvenient truth, especially for those who wish to cultivate in their hearts the seed of hope which may grow and bear the fruit of change; the two coexist with each other. I would like to believe that if nature wished to tell us something, that is what it would choose to say.

In January a series of lectures edited and facilitated by Dr. Ofri Ilany will open at the VLJI: The Anthropocene Epoch: Life after Nature. The series will discuss aspects of the Anthropocene and the climate crisis that are not usually discussed. 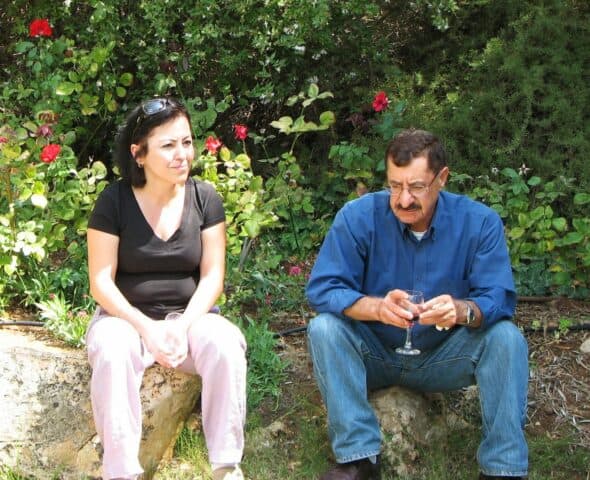 A spotlight on Hanan Saadi

Is the coronavirus over? Not for everyone

"We Have Never Been Modern" – Reading recommendation