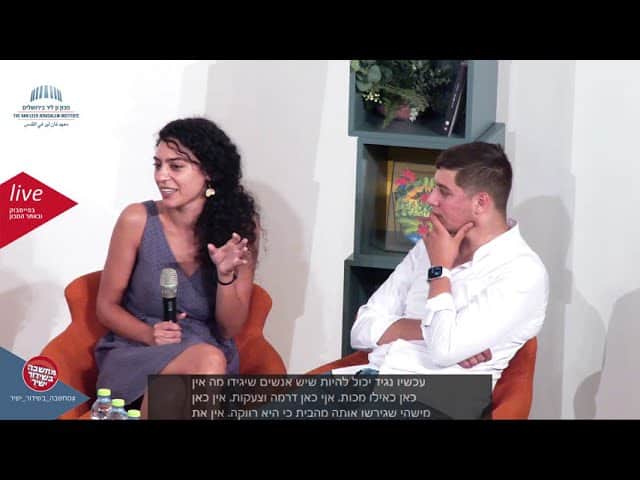 Young Arabs in Israel between Home and the State

Seven young women and men, Arab citizens of Israel, of the Y and Z generations, are deliberating: Where to live? To stay in their parents’ home or to leave? Having left, it is worthwhile to return home? These deliberations and others are at the heart of the series Near/Far, created by Ayelet Bechar, Nicholas Jacob, and Ahlam Canaan.

The episodes in the series portray a generation of cautious revolutionaries who, with great determination and by means of higher education and high-level employment, are making their way toward the centers of power in the country’s Jewish society. The series was included in the first round of the Intellectual Incubator for Documentary Filmmakers at the Van Leer Jerusalem Institute in conjunction with the Israeli Documentary Filmmakers Forum.

Yanal Jabarin, journalist and reporter for the Ha’aretz 21 Project