Living between light and darkness

In the dead of winter, when the hours of light are decreasing and the sky is darkening, numerous cultures around the world celebrate holidays—ancient holidays like Hanukkah and Christmas and modern holidays like Kwanzaa. Each of those holidays takes a different approach to the growing darkness and has its own way of using light and fire to chase it away. But what is behind that struggle? And how does living between light and darkness enable us to connect to inner places within ourselves?

Light versus darkness in antiquity

In antiquity, the summer and winter solstices, the two days a year in which day and night stop shortening and start lengthening at each other’s expense, were perceived as times when the boundary between the human world and the demonic world was blurred, and therefore the ghosts and demons that live in darkness might infiltrate the world of light in which humans dwell. Halloween is a familiar example of a holiday that marks that blurring: The costumes symbolize the ghosts and demons that infiltrate the human world, and the custom of distributing sweets (“trick-or-treat”) to anyone who asks stems from an attempt to mollify those demons so that they don’t harm the inhabitants of the home. The revelers used light to defend themselves from the demons and deter them: Outside their doors they placed candles that shone from within pumpkin lanterns that had frightening faces carved in them. These customs are rooted in similar ideas that were prevalent among the Celts, the Gauls, and their neighbors. Darkness on this holiday is the enemy; light is humankinds’ way of defeating it.

Another holiday that illustrates humankinds’ struggle against darkness and continues a pagan tradition, especially the Roman-pagan concept of light, is Christmas. December 25, the birth date of Jesus according to Christian tradition, is the shortest day of the Julian calendar. On that day, which the Romans believed to embody the victory of darkness, they chose in ancient times to celebrate the “birthday of the invincible sun,” in honor of the empire’s victories over its enemies. The Christmas feast is a continuation of the Roman bacchanal, and the custom of distributing gifts to all members of the household is also a present-day continuation of the Roman tradition. Both the Roman pagan celebrations and the festivities for the birth of Christ emphasize the power of man over darkness—in a battle on the material plane or on the theological plane. The power to defeat the forces of evil and darkness lies within every person.

The modern Hanukkah menorah of the 1960s

In the 1960s a new holiday of winter and light was established in the United States: Kwanzaa, celebrated from December 26 to January 1. In the stormy years of the civil rights struggle in the US, Kwanzaa was established as a substitute for the “white” Christmas and as a source of pride for the Afro-American community. Its name is Swahili for “first fruits.” The summer harvest customs of African countries were imported to the American winter to light up a difficult and dark period. The founder of the holiday, Dr. Maulana Karenga, incorporated a new custom: candle lighting. As with the Jewish menorah, on each of the seven days of the holiday an additional candle is lit, for a total of seven candles, each one of which represents one of the seven principles of African heritage: unity, self-determination, collective work, collaborative economy, faith, creativity, and community development. This holiday adds another aspect to the struggle between light and darkness: Light unifies the community; the darkness here is the “other,” which defines the boundaries around it. The Kwanzaa candle-lighting ceremony is a focus allowing the individual to connect to something larger—the past, the present, and the future of the community.

Showing the light of the candle publicly

Fear of darkness or the power of light? Fear of what is lurking outside in the dark, or inner cohesion? The different holidays around the world present several basic models for dealing with the winter darkness. What is the way of Hanukkah? When the Talmud discusses the essence of Hanukkah, it relays the victory of the Hasmoneans over the Greeks and the miracle of the small pitcher of oil that lasted eight days. But actually, the Hasmonean revolt lasted several more years after the recapture of the Temple. Therefore, that event was not considered crucial in its own right but rather because it provided the first ray of hope, the first bit of light at the end of the tunnel of the Greek edicts. The choice of celebrating the holiday for eight days reinforces the motif of increasing light and is based on the miracle of the oil pitcher, which actually embodies two separate miracles: One is the discovery of a small pitcher of pure oil within the desecrated and defiled Temple; the other is that the oil in that small pitcher, which was supposed to suffice for only one day, lasted a full seven more days. Here again we can see that Hanukkah is rooted in a small point of light that heralds a great light that will come later.

On the practical level, when the Talmud discusses candle lighting on Hanukkah it stresses that the obligation is “one candle per home,” which is a single candle in every home on each day of Hanukkah. But in the same breath the Talmud adds to that single candle dozens more: An enhanced custom is for each member of the household to light their own candle, and an even greater enhancement is to add another candle for each day of the holiday. Thus, on the first day you light one candle, on the second two candles, up to eight candles on the last day of the holiday. Furthermore, Hanukkah candles are lit when darkness falls, but Jewish law says the light of the candles should not be used to light the house. Whether the candles give little light or a great deal, the light of the Hanukkah candles must join other light rather than lighting up the house by itself.

The winter holidays of antiquity go out into the darkness and confront it where it is. The modern holiday of Kwanzaa chooses to expel the darkness by strengthening the light within through community gathering. In contrast, the choice at the heart of Hanukkah to focus on the first, small light, recognizes the necessity of the surrounding darkness. When we confront the inner light with the outer darkness we necessarily also draw a clear boundary between them. Conversely, the light of Hanukkah passes through the walls of the house and bursts outward from them.

COVID-19 in the Arab world 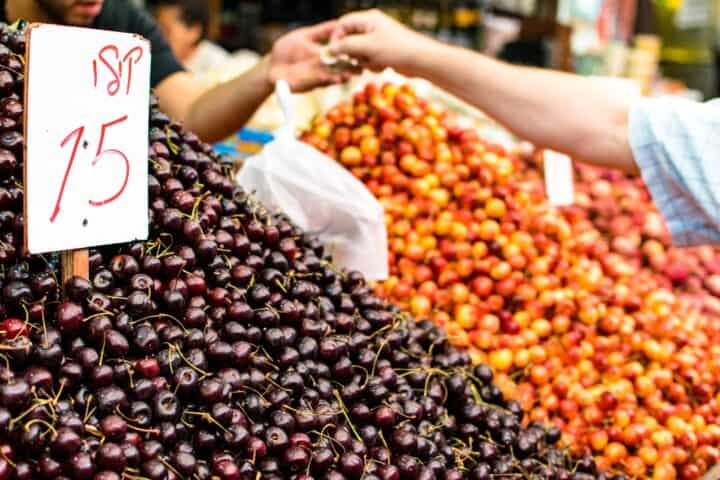 The credit barrier in the Arab community