The Yearbook for European Jewish Literature Studies is edited by Alfred Bodenheimer and Vivian Liska.

In the years of the Weimar Republic, Jews were forced to hone their awareness of their “othernessˮ in relation to the German majority and to rethink their “Jewishness.ˮ The articles in the second volume of the Yearbook for European Jewish Literature Studies trace the ways in which this challenge was met by artists and intellectuals in the context of Weimar culture or in relation to it. In doing so, they recast the concept of the “other.ˮ

Elaborating on works of art, the articles in this volume seek to define the concept of the “otherˮ within the complex interplay of social and political contexts, artistic deliberations, and biographic circumstances. In this respect, they exercise a precision for grasping the intricacy of the interrelations between the “Jewishˮ and the “German,ˮ which defies any description by means of contrastive pairs, like “insiderˮ versus “outsider,ˮ “centerˮ versus “margins,ˮ “selfˮ versus “otherˮ – a description which inescapably confers a status of primacy on the “German.ˮ Furthermore, introducing works that emerged in periods subsequent to the Weimar Republic, the articles in this volume enhance our awareness of interpolations into the dyad of the “Germanˮ and the “Jewish;ˮ as such, they are conducive towards attempting to unravel the complex correlation between the two. However, most significantly, the articles in this volume recast the concept of the “otherˮ via addressing the Jewishness of artists and intellectuals related to Weimar culture as reflected in and by particular key issues that recur throughout these figuresʼ respective works. These issues include language as well as music, time, history, exile, and space. Addressed in this way, the “Jewishˮ and the “Germanˮ show to be concomitant. The “otherˮ is neither secondary to a “selfˮ nor wrapped within it, neither determined nor negated. Rather, it is a shifting feature in a dynamic structure, the complexity of which is inextricable yet describable.

Karin Neuburger is Adjunct Lecturer in German Literature at the Hebrew University of Jerusalem and a Fellow at the Van Leer Jerusalem Institute. She is the author of Uri Zvi Grinberg: Mephisto (Fink Verlag, Munich 2007; German) and of various articles dealing with German and German-Jewish literature as well as with interrelations between German, Hebrew, and Yiddish literature. Currently, she is working on a monograph on Rainer Maria Rilke's poetry.

Dynamics of Continuity, Patterns of Change
Between World History and Comparative Historical Sociology: In Memory of Shmuel Noah Eisenstadt

Jews and Arabs in Israel Encountering Their Identities
Transformations in Dialogue 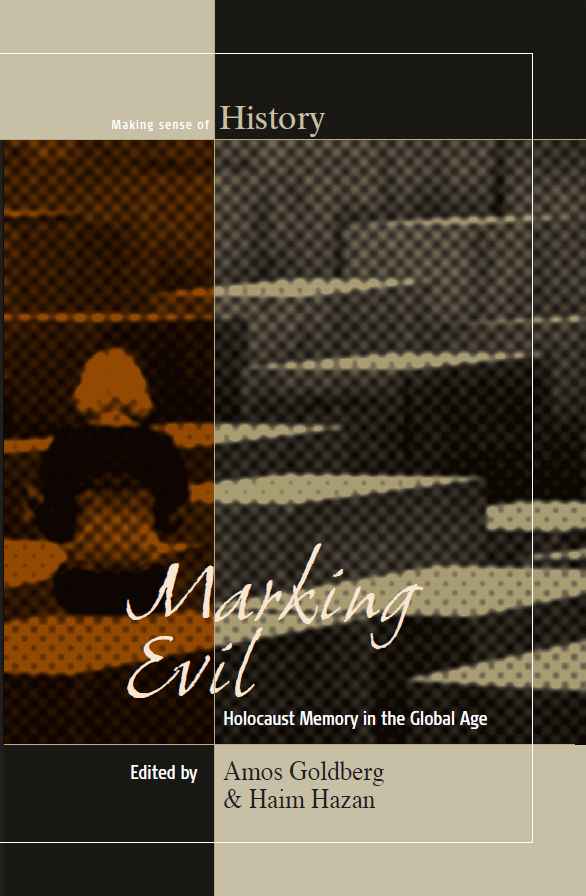